For the Love of It

An Interview with Daniel Kim 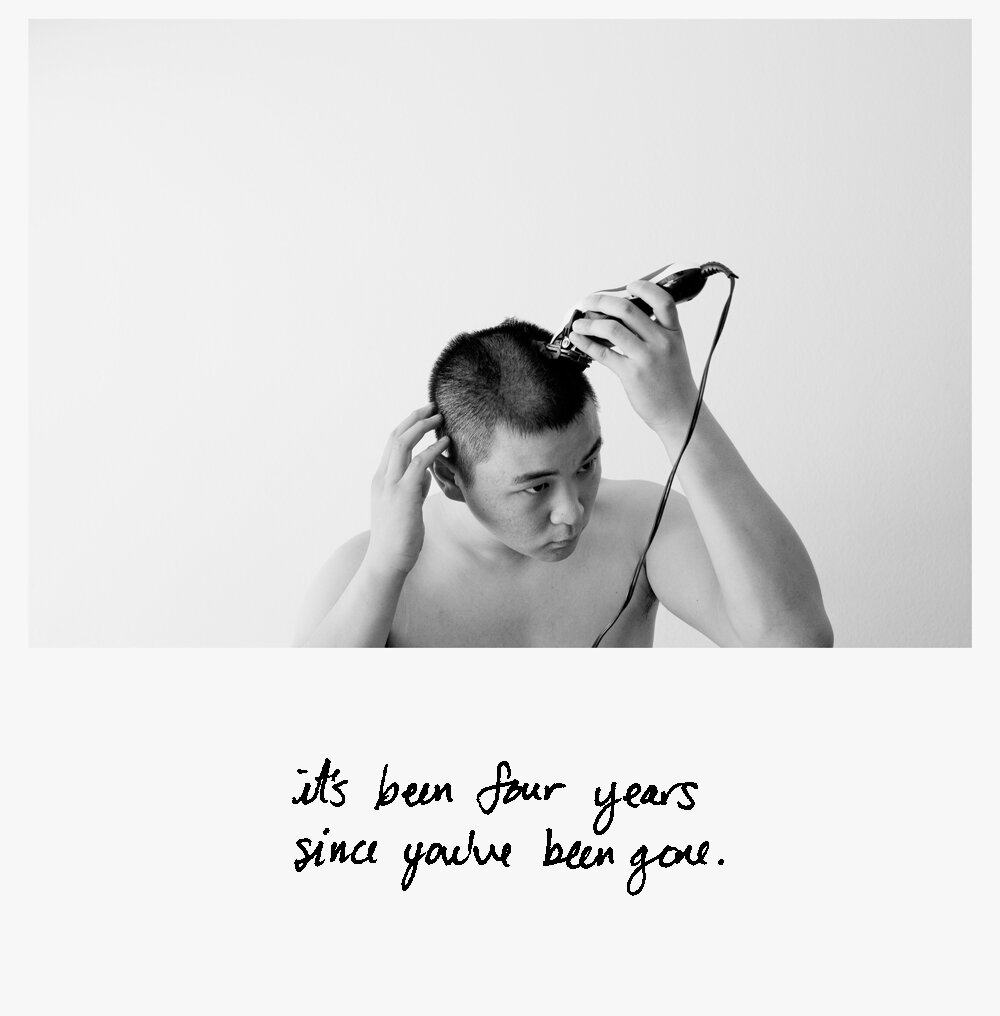 “If you’re not making any money, are you still going to shoot?” Daniel Kim asked this question during our interview. He’s someone whose work stands out in the wedding industry for various reasons, but the thing that strikes me about him is the way he talks about photography and about his photography, specifically. Daniel is a photographer based in Arizona who primarily shoots weddings and has injected himself into the photos in a way that allows each of the weddings he shoots to stand out. When you see his work, you can feel yourself lightening, you feel the joy the couple is feeling. There’s a powerfully overwhelming sense that he knows his couples almost as intimately as he knows himself and that he is sharing their marriage with you, not just their wedding day. Even in his personal work, I have a sense that I know his daughter, even though I’ve never gotten to meet her. His capture of her is raw and real, the way she dances in the light of a setting sun or plays at the beach is magic and emotionally captivating enough to make any parent’s heart clench.

Daniel began his photography journey before he even began art school. He was a high school student, an Asian American being raised in Arizona and feeling like it was a struggle to fit in, feeling like he had to squeeze himself into a box in order to fit in. He started photography on a personal journey of remembrance and ultimately followed this to Arizona State University, studying the arts and learning more about himself than he thought possible. During this time, Daniel began to shoot weddings, and after some time, he began having weddings published in blogs. He says that he felt endorphins kick in. He felt validated, like he could finally fit in. Being published became everything to him. He wanted to continue to feel validation from his peers, to feel like he was successful. His entire goal became to get published to a point where he stopped shooting for himself, and he stopped shooting for the client. He was shooting for publication. He says he cared about what the wedding looked like, and he didn’t care what the marriage looked like. Daniel would shoot the reception space, capture all the details he needed, realize that he had time left to go capture the guests at cocktail hour, and then decide to reshoot the reception details feeling like he could capture them even better than before.

And then something happened that made him stop in his tracks. I won’t go into the incident. It’s his story to tell, and I’ve been asked and chosen not to tell it. But the incident caused him to take an introspective look at what he was doing and make a change.

When Daniel was in art school at ASU, he took a class with Mark Klet. It was called “Everyday Photographs”. The assignment for the class took place over the entire semester. It required the students to take a photograph every day, and at the end of the school year, they would choose photos to make a book with. Daniel started this course in a dark place. His mother had passed away before he started school. He was self-conscious. He felt beaten down, and it showed. The photographs he took were large-format photos of the ground. And as the year went on, and he started dating his now-wife, Ashley, the photographs changed. His point of view came to eye level. He went to the fair for the first time in his life, and used one of his daily photographs to take a picture while on the Ferris wheel with Ashley remembering vividly that he thought “this is what happiness feels like”. At the end of the class, with the help of a school friend, he chose the photos for his book. His friend, Charles, said “this book is about love,” and Daniel realized that it was true. Throughout the year, he had transitioned from that dark, beaten down, grieving boy, to one who was in love with his girlfriend. He says that she had saved him, and you could see that in the images and the way he captured the world. One photograph he remembers, was a silhouetted photograph of a man sitting in a movie theater against a blinking screen, but when he took it, he noticed that there was a woman sitting next to him, and so he took the photograph again to capture them both. When the horrible incident happened in his life, Daniel saw a silhouette of himself on a wall in front of him. 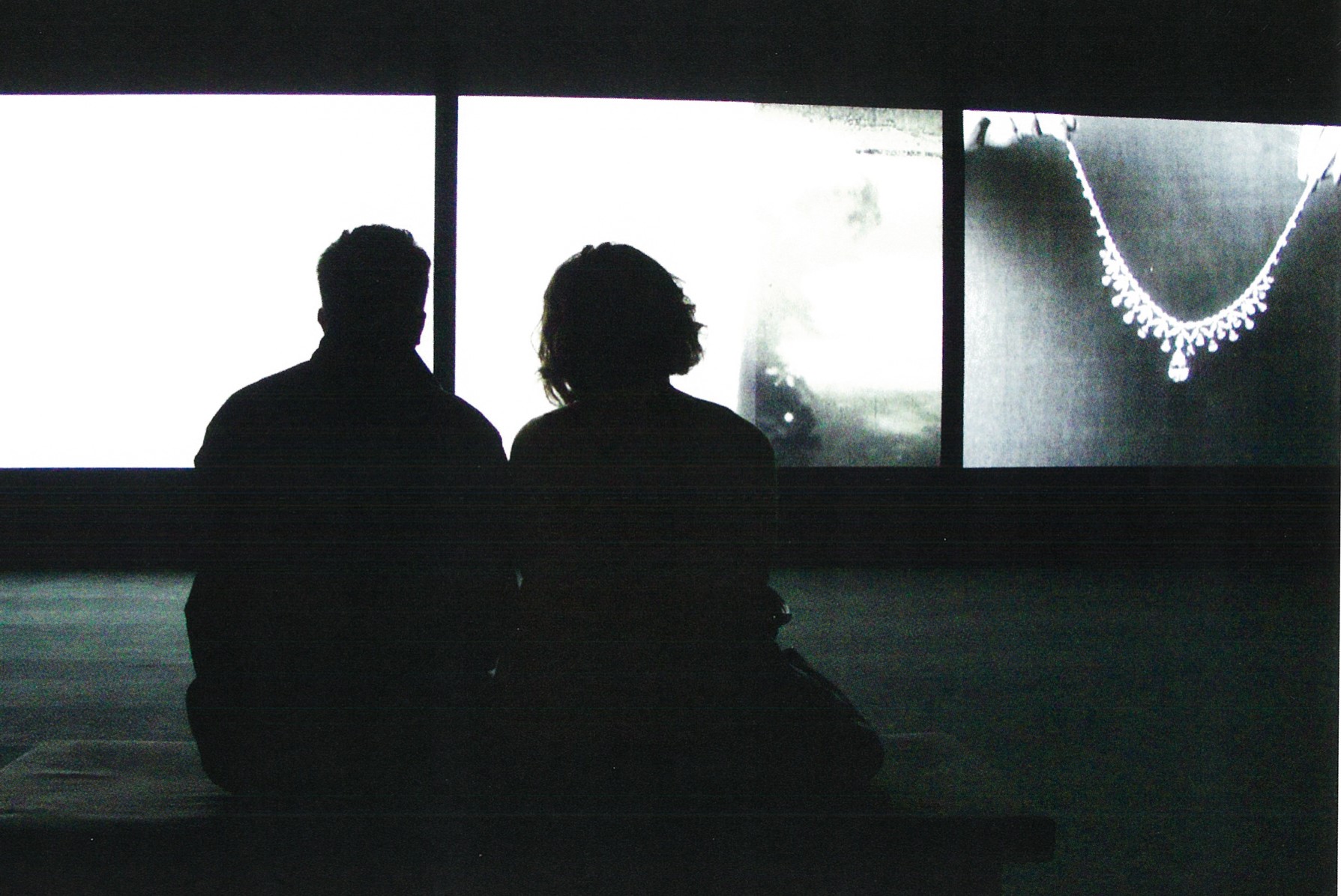 This is what stopped him. He was immediately thrown back to that image he’d taken for his class. In that moment, he realized that he had stopped shooting for himself. He realized that what he wanted was to make photographs that are full of meaning and stand the test of time, that when he first started shooting weddings, when he had no clue how to shoot a wedding or what was expected of him, he had been shooting in a way that was soulful and not staged. At the beginning “all I knew was I had to get the bridesmaid photos, just at least one photo, the groomsmen photos, and then the family photos and the first kiss”. There was no comparison to what other photographers were doing, no box to fit into. In a discussion with his wife, she told him “these feel more like you who actually are”. After this, he realized that he needed to shoot what a marriage looked like, not just what the wedding looked like, that a marriage wasn’t just between two people, it was between the two people and their family and friends and that support system of love that helps you get through everything. He realized that all the people at a wedding are handpicked to be there by the bride and groom and that he needed to make sure he captured them.

“My opinion: you still need to get those details”, he said to me. Daniel’s journey isn’t about getting rid of detail shots or shunning publications. It’s not about deciding that “people pictures” are the only ones that matter. It’s about intention. It’s about shooting for yourself, your clients, your vendors, and then sending it to publications. He had to go through this process to understand this about himself, to understand that “we need these publications,” but that “publications are not for the photographers, they’re for the bride”. Now Daniel makes sure he gets all the must-have shots, and then he takes out his fun camera and allows himself to play. He allows himself to get creative, lets whatever happens happen, and when he goes home at the end of the night, he usually ends up liking these photos the best. “When it’s just you and the camera, you can do no wrong”. He believes that intuition creates the best photographs. This change didn’t happen overnight, it’s a continual process, and he’s worked to solidify his new style over time.

Daniel no longer believes in fitting into a box. When I asked him if he considers himself a documentary photographer, he said no. He doesn’t consider himself any one kind of photographer. He is a photographer first. He still poses subjects throughout the day based on what his clients are hiring him for, but he hopes that one day, he’ll get to be there (at the wedding) with his clients and their guests and focus on capturing more of the wedding day. He loves to pose and create beautiful portraits as well.

Daniel’s love of photography never started as a way to make money. He did not pick up a camera and say that he was going to make any money from it or that it would be his career. He started to remember. He fell in love with it. He, now better than ever, understands that to be a photographer first is key. He says to love what you do. “If you love what you do, you’ll work harder at it...you’ll never burnout” In order to do that, in order to be the photographer first, he believes that everyone should go back to who they are as a person, as a photographer without planners and publications and weddings and beautiful details.

So. If you are not making any money, are you still going to shoot? If you never got published, never got the accolades from your peers, if making your clients and yourself happy were the only things you ever got out of photography, would you still do it?

Daniel Kim is an award-winning and internationally published photographer based in Arizona. You can see more of his work at danielkimphoto.com