Story and Images by Bo Shim 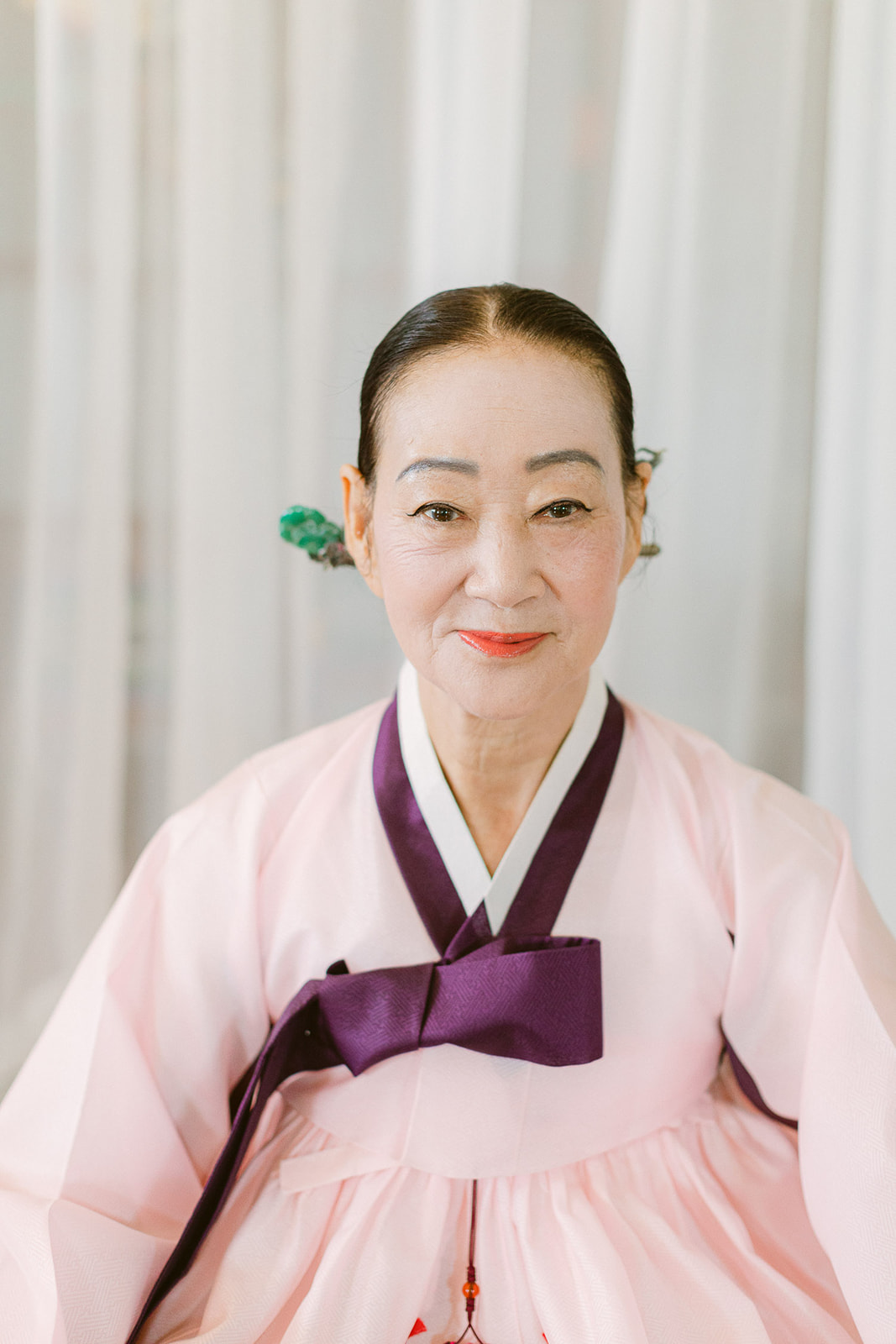 If there is one thing I learned during COVID, it is that it is so important to get in touch with what means the most to you.

During the first three months of quarantine, I was not okay. Not being able to do what I’ve been doing for 11 years straight without any breaks made me feel uneasy, uncomfortable, and sad. It also made me really think about why I was so unhappy when I’ve never had so much free time in my life.

I realized that this life as a photographer, while extremely tiring, is my routine and something I depend on. Since it all abruptly came to a halt, I had to really figure out what it was that truly gave me that sense of fulfillment.

This time of reflection took me back to my childhood. I was born in Korea and I came to America when I was seven years old. I didn’t know a word in English when I first attended school. Not being able to speak confidently in English and being that I was a shy girl, it took me a few years to get adjusted and even make friends in school. 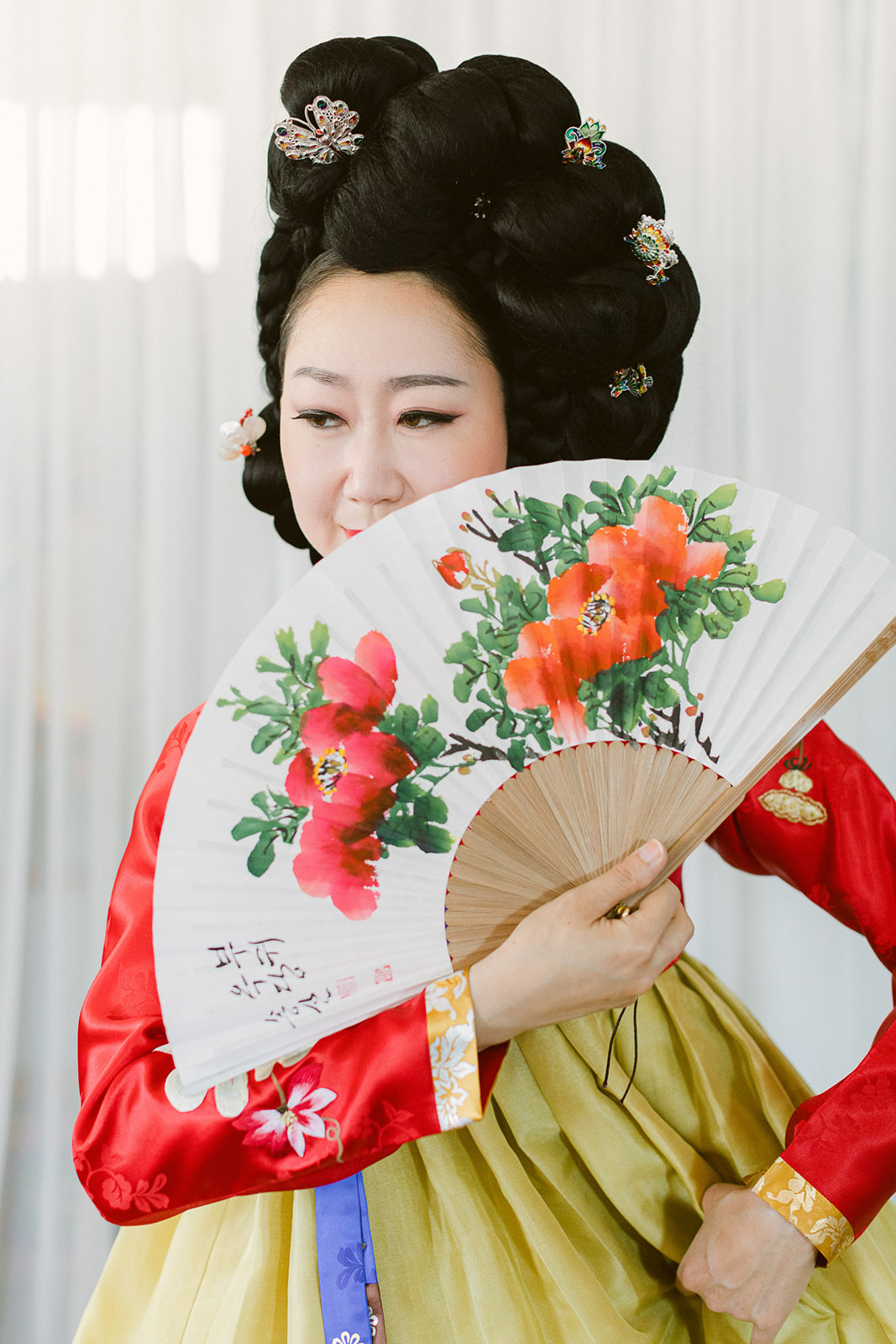 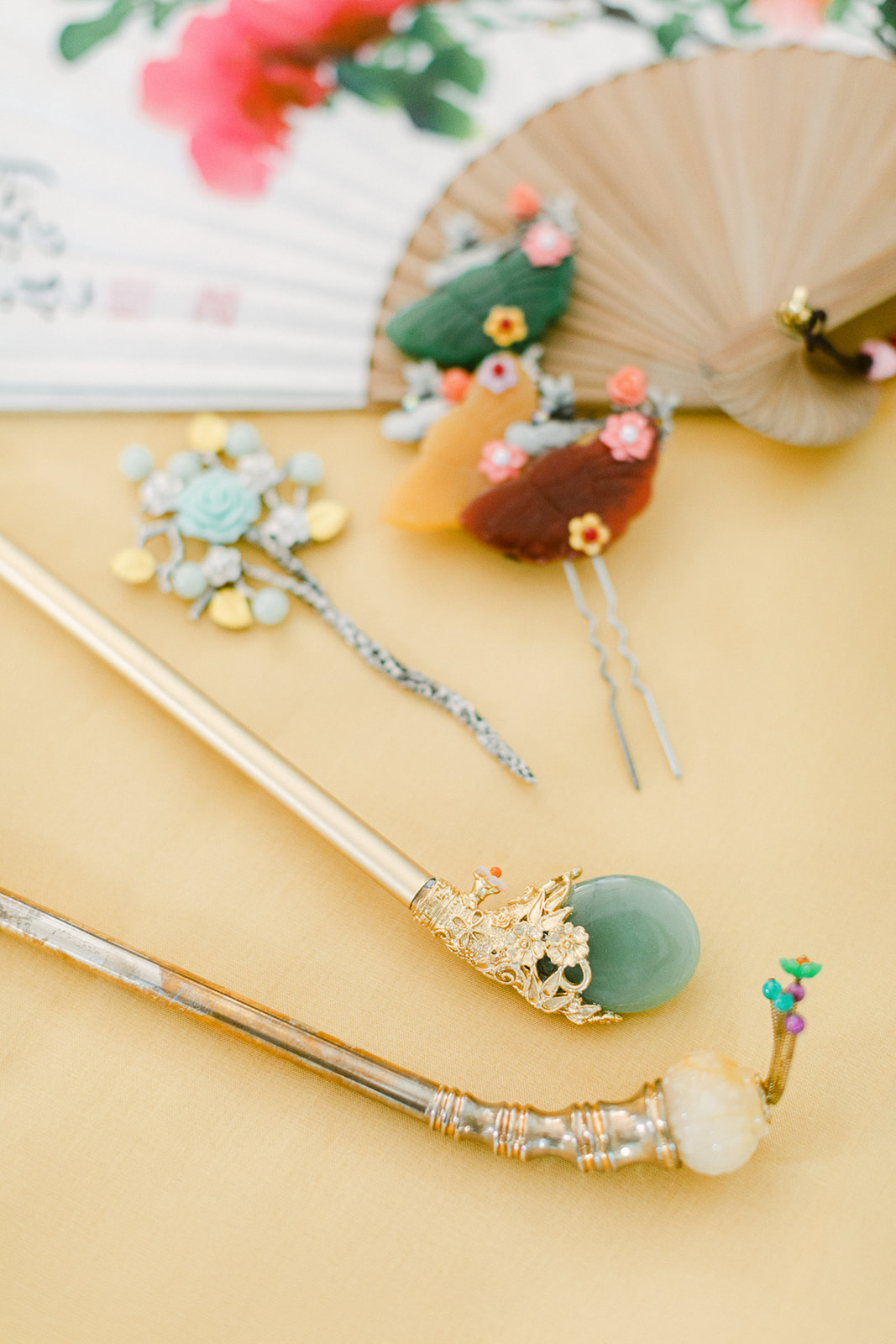 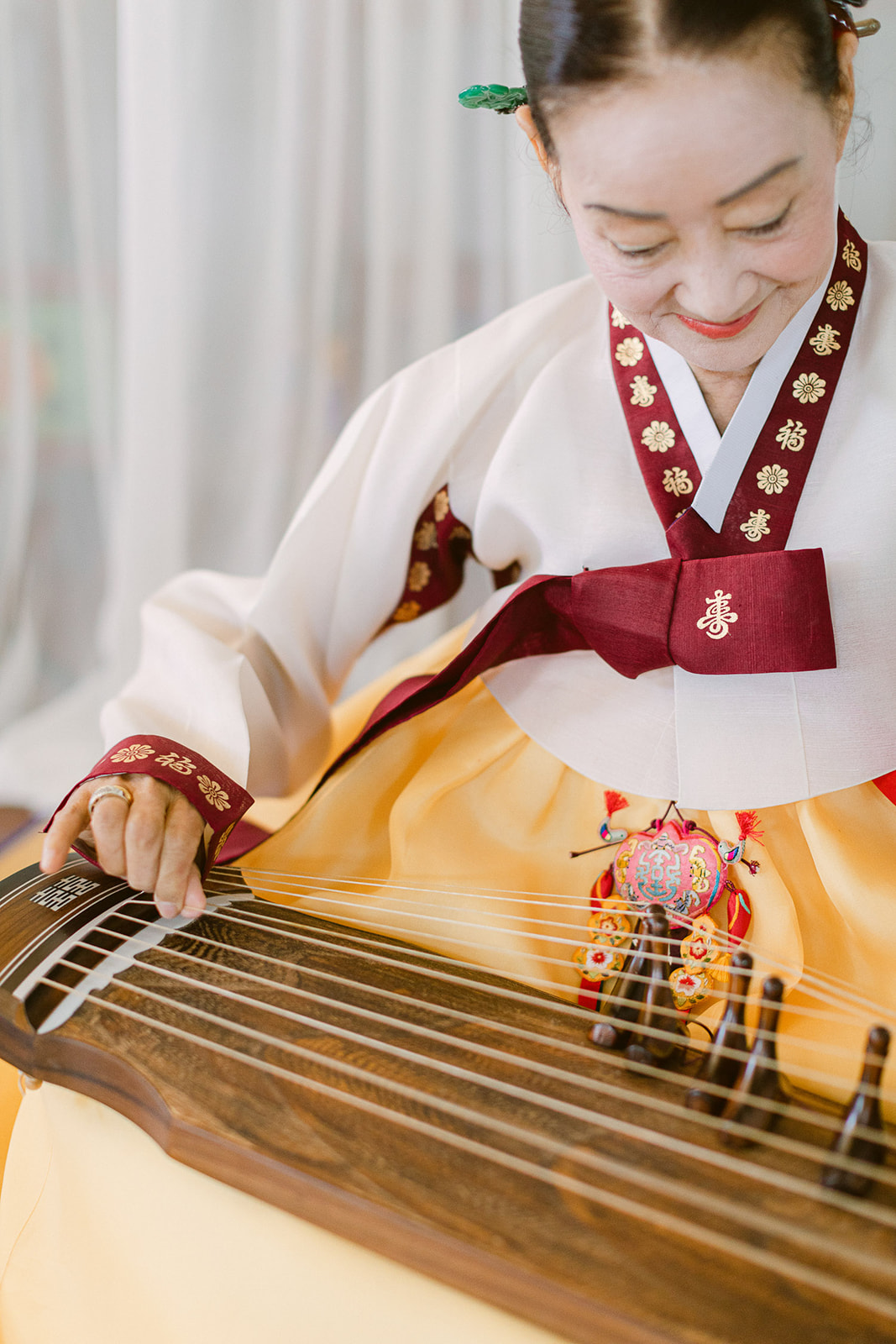 Then one day, one of my classes assigned the students to learn Korean traditional instruments for Asian Cultural Day. The moment I started learning, I fell in love with it. I used to spend all summer at the dance school learning new dances and instruments and loving every minute of it. For me, learning these dances and instruments were so freeing and it was a place where I was able to be honest and express myself. I was so passionate about it that I continued to learn for the next 15 years and performed in many different Korean traditional shows all around New York. The excitement and butterflies I felt before stepping on stage was priceless. It's the same feeling I get now heading out to shoot a wedding.

I’ve always wanted to go back to the school and take photos of my teachers. And now 15 years since I left the school, I got in touch with my teacher and finally got the chance to photograph them. Photographing my teachers reminded me of those days and it was the best reminder to never lose my passion.

The founder of the school, who is now in her 80s, dedicated her whole life to spreading Korean Traditional Art in the US and all over the world. Her daughter has taken her place and is now continuing her mother’s legacy. For them, spreading Korean cultural Art has been their life and their reason. They are very proud of the beauty and the essence of Korean cultural Art. They especially want to teach Korean Americans who are not aware and in touch with Korean culture.

Korean traditional dancing is such a beautiful art, from every movement to their outfits, it speaks elegance, grace, beauty and refinement.

Korean traditional dance originated in ancient shamanistic rituals thousands of years ago and has a rich history of culture and storytelling that continues today in many parts of the country. From ancient folk dancing to modern dance styles, the Korean people have long celebrated dance as part of their cultural heritage. The majority of Korean dances that are considered to be traditional include some sort of storyline representing the Korean life.

When Japan ruled Korea from 1910 until 1945, many of these celebrated dances were pushed out of society and forgotten because Japanese worked to wipe out our culture completely. Most dance academies were shut down, and local dance traditions faltered. When Korea was liberated from Japan, a small group of dancers reinvented the traditional choreography based upon what was remembered. At first, these dances were preserved in secret, and eventually dance enjoyed a new life in modern Korean culture. The storytelling aspect was stronger than ever.

In Korean dance the energy flows from the chest area to the arms and hands. Elegant arm poses dominate the choreography. The soft flow of the dance is, every now and then, interrupted by frozen poses. Arm movements usually dominate the dance, while they naturally grow from breathing, which in Korean philosophy is linked with spirit (ki). Thus, the focal point is on the chest and lung area, while the dance appears as a physical manifestation of a deep, personal emotion. 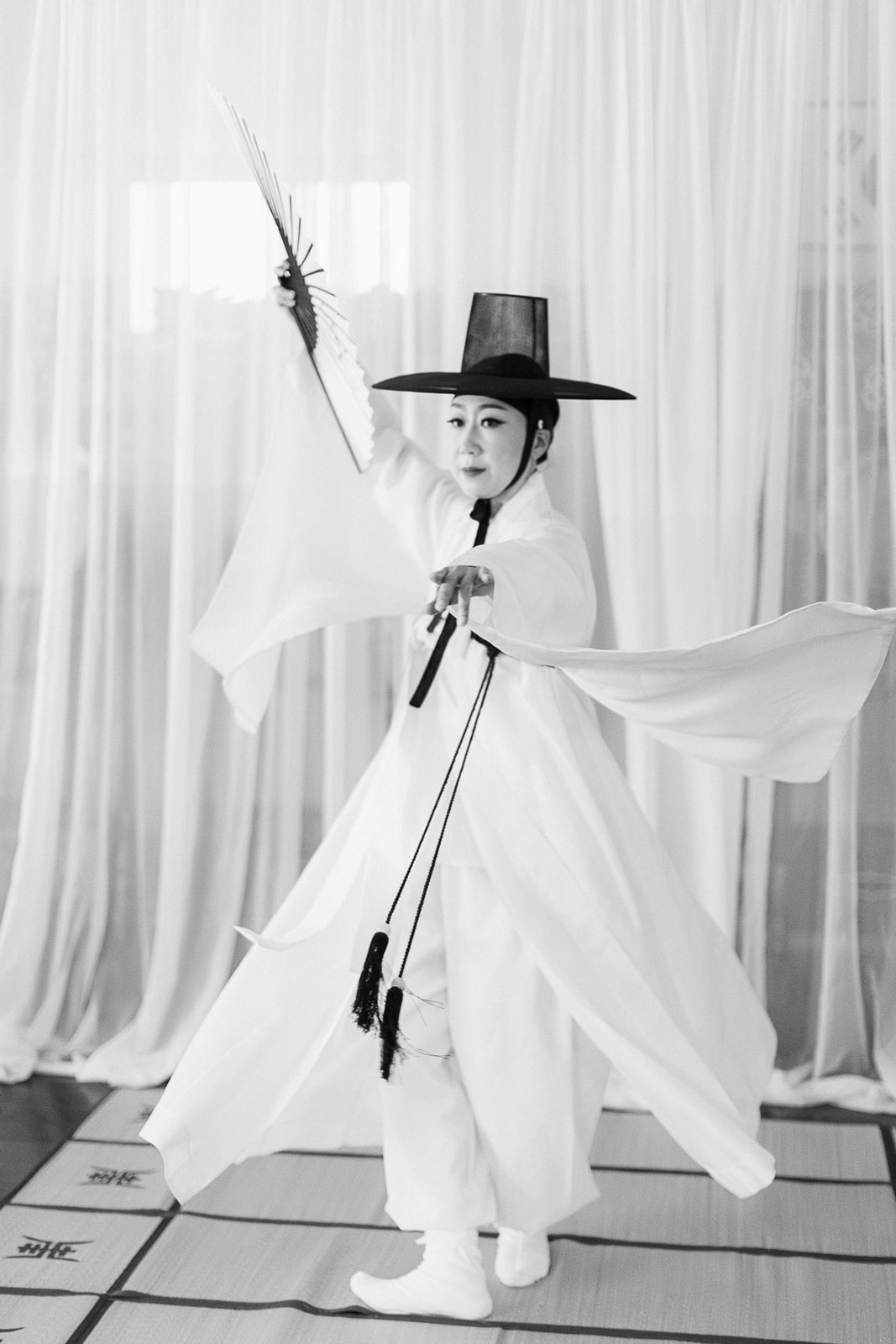 Korean traditional clothes are called hanbok, which you can see them wearing in the photos. Hanbok can be classified into ceremonial and everyday dress, and then further categorized by gender, age, and season. Regardless of the differences in these classifications, the basic aesthetic framework of all hanbok is centered around the Korean fondness for naturalness, desire for supernatural protection and blessings, and the Confucian style dress code. One’s social position could also be identified by the material of his or her hanbok. The upper classes dressed in hanbok of closely woven ramie cloth or other high-grade lightweight materials in warmer months and of plain and patterned silks throughout the remainder of the year. Commoners, in contrast, were restricted to cotton.

Patterns were embroidered on hanbok to represent the wishes of the wearer. Peonies on a wedding dress, for instance, represented a wish for honor and wealth. Lotus flowers, on the other hand, symbolized a hope for nobility, and bats and pomegranates illustrated a desire for children. Dragons, phoenixes, cranes and tigers were reserved for the hanbok of royalty and high-ranking officials.

Instruments are often included in the dances as both props and accompaniment, such as the "buk" or barrel drum, as well as the metal rings on the "kal", swords used in Geommu. Hats and fans are also common elements, but the focus is usually on the dancers moving in various formations.

I an happy to share pictures of these two beautiful ladies that taught me the beauty of Korean traditional art that I will forever be proud of. 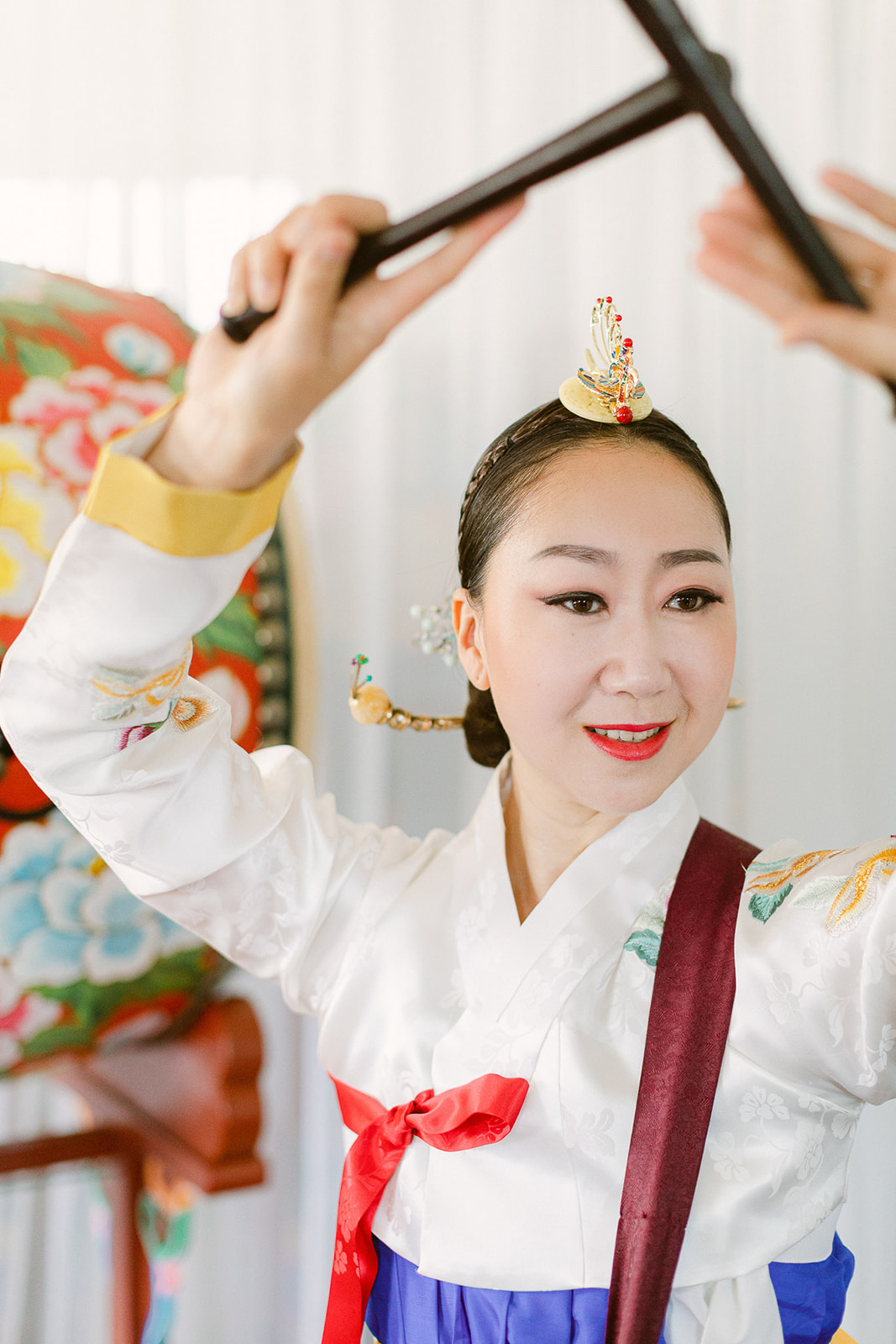 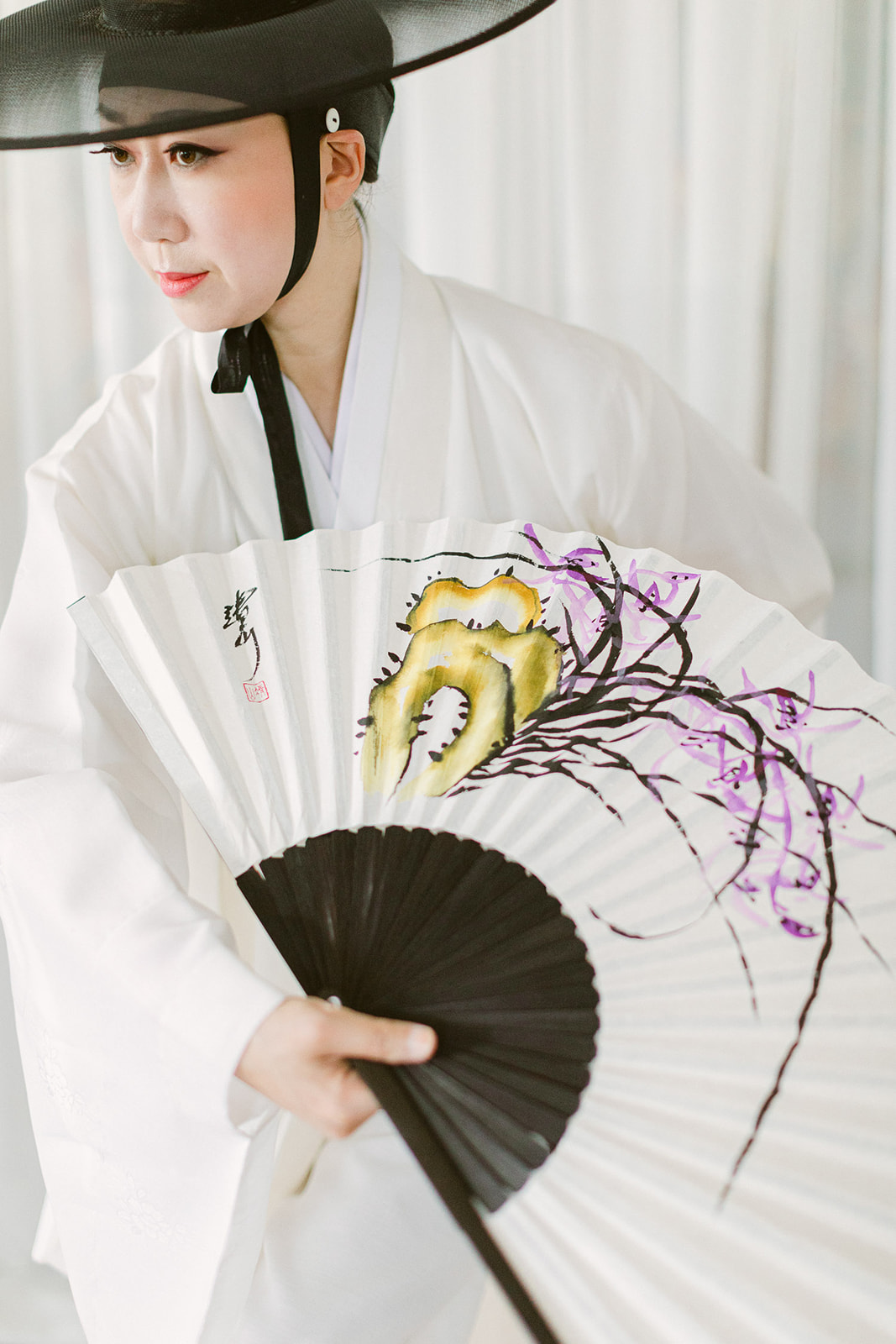 Bo Shim is a wedding and portrait photographer based in New York City. She is the owner of Bashful Captures and you can see more of her work here. 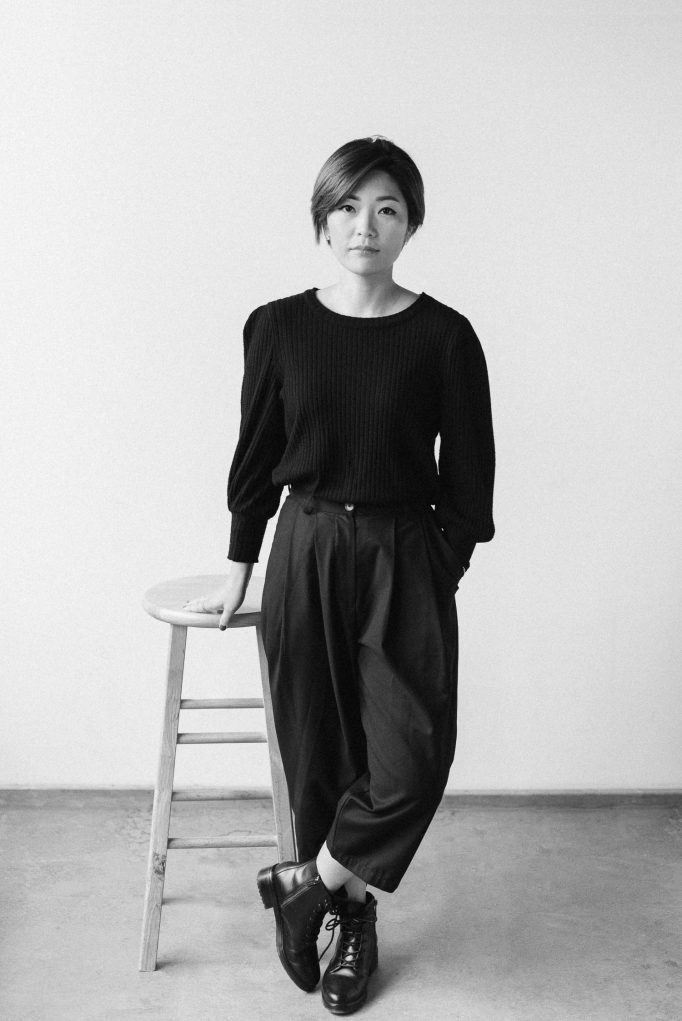