An Interview with KT Merry

2020. I don’t think anyone on this planet needs to see more than “2020” to understand the weight, burden, the stress that this year brought. Some say that we should move to 2021, some say we should start 2020 over (only half-jokingly of course), but I say let 2020 stand. Let’s soak it in so that we can learn and move forward. We’ve been through a poorly and haphazardly dealt with pandemic, violence, protests, riots, stronger than normal hurricanes, wildfires that still blaze as I write this, increased crime in many of our beautiful cities, and an election year. Need I say more? And when these things happen, we tend to look to the wealthy, big business owners, the politicians to make big changes. We look to them to make the changes necessary to slow down climate change, save the animals, eradicate viruses, fix the economy. You name it, we look to the big guys to fix it. Maybe you don’t, maybe I’m speaking for too many people when I say we, but from what I’ve seen on social media, quite a few people do look to the big guys. But what about the small businesses? What about the individuals? My personal opinion is that it takes the small gestures, the little changes, the little “guy” doing lots of little things to make the biggest impacts. It takes all of us doing our part. And that’s exactly what top wedding photographer KT Merry is doing with her nonprofit side business, Render Loyalty.

If you don’t know, KT Merry is a fantastically talented photographer, savvy businesswoman, and educator with a list of accolades that is so long I won’t even try to list them here. She’s been published in some of the most exclusive magazines and has photographed many celebrity weddings during her years in business. She is passionate about the work she does, and she is also extremely passionate about animal conservation and reducing her carbon footprint. In an interview with her, KT told me that her passion had always been animals before art. Although she didn’t have animals from the very beginning, other than a pet rat named Cuddles who she fondly calls her “dog-rat”, her passion for animals has always been there. She spent her childhood writing stories about topics like saving the rainforest. She cites Jane Goodall as one of her greatest inspirations. Her love of horses was fostered while working on a cattle ranch in Nevada. She found an interest in show jumping while riding at a barn in Japan. As she grew as a wedding photographer, KT chose to photograph horses on the ranch as well as Polo horses in Florida, where she currently resides. The photos she took were her passion, tucked away for a decade while the rest of her career blossomed and have only surfaced as a part of her online print shops.

Render Loyalty, KT Says, was “born on its own out of a single news article” on the front page of CNN back in 2016. The image was of the last Northern White Rhino surrounded by rangers with their guns, stationed to protect him from poachers. She said, “I think I always had this idea that someday... I would arrive, and I would finally be able to have my philanthropic projects, finally be able to rescue all the animals…” Her dream, back then, was to “make it” and be able to use her money to save the animals, go to Africa and photograph elephants. Then she realized that she couldn’t wait to make it. The world wouldn’t wait. She needed to “get scrappy and do it right here, right now.” After weighing her options for how she would go about making a difference, KT decided that her best bet would be to support the best organizations that were already doing good work for animal conservation and to bring awareness to their work. She went directly to them and explained the whole idea of how to partner and bring more attention to what they were doing. “It took a lot of knocking on doors, but eventually I got two organizations…” KT Currently works closely with three organizations now, the Sheldrick Wildlife Trust, Lewa Wildlife Conservency, and Ol Pejeta Conservency. She says that she’s lucky to have a very supportive business partner in her husband, Chad. Together they self-funded the early trips to Africa for this mission. “We really just bootstrapped the whole thing to create the first series of work.” Together, KT and Chad photograph the Elephants and Rhinos on black and white, medium format film and sell prints of the work they create and donate 20% of sales to the organizations. She also photographs behind the scenes images of the conservancies working with the animals. During our chat she talked about the powerful scenes of caretakers sleeping in the stalls with elephants and rangers on constant patrols to make sure poachers cannot get to the animals. 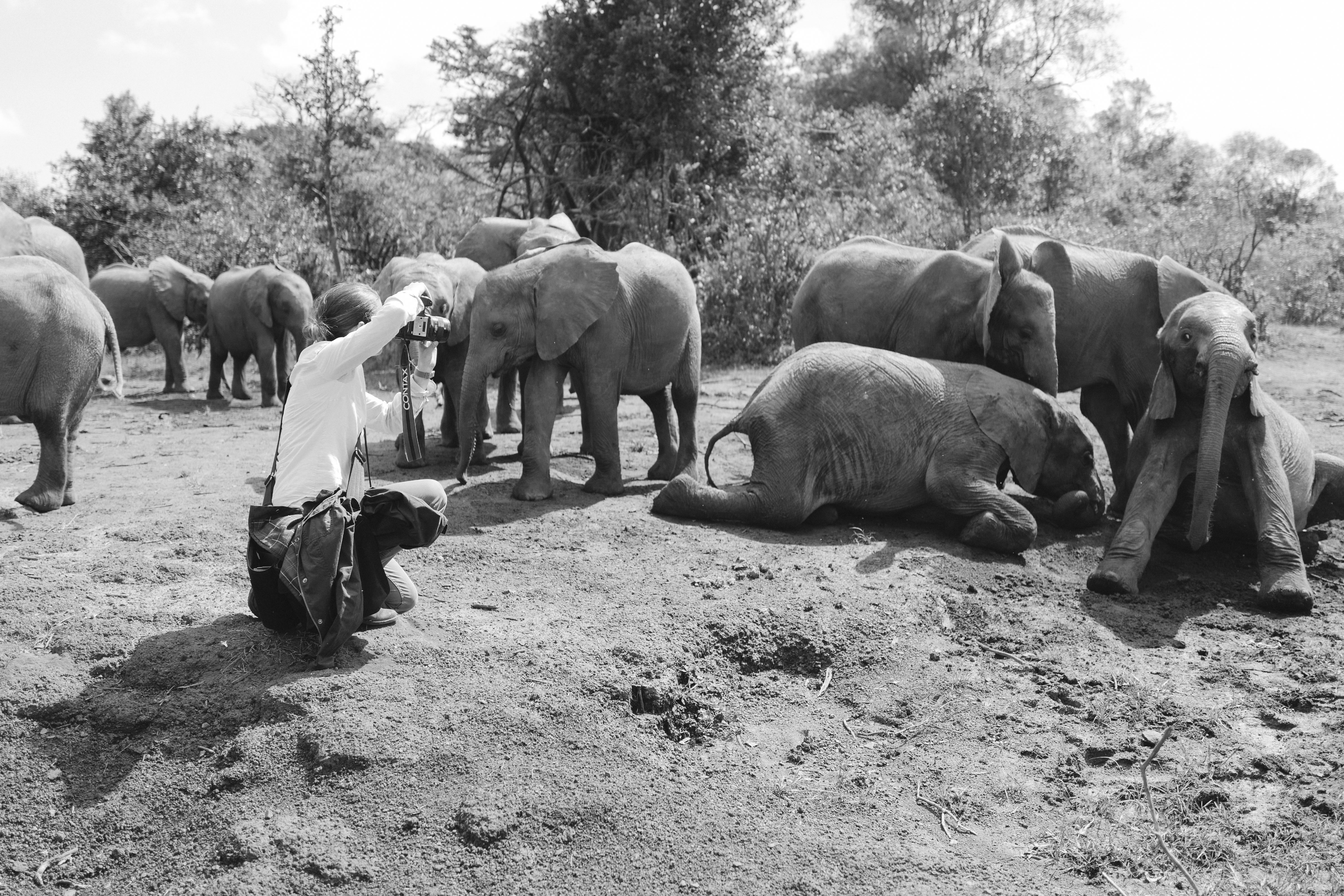 This project did not come without it’s set of obstacles. Ol Pejeta was one of the first organizations KT reached out to and originally were not interested. Ol Pejeta was where Sudan, the Rhino that started this whole project, was. After they had created the first two series, Ol Pejeta did invite them to come. Sadly, Sudan had already passed away. KT and Chad were able to photograph mother and daughter Rhinos instead. This year, 2020, KT and Chad were supposed to go back and expand their series, but with the Covid-19 Virus, they were not able to travel. 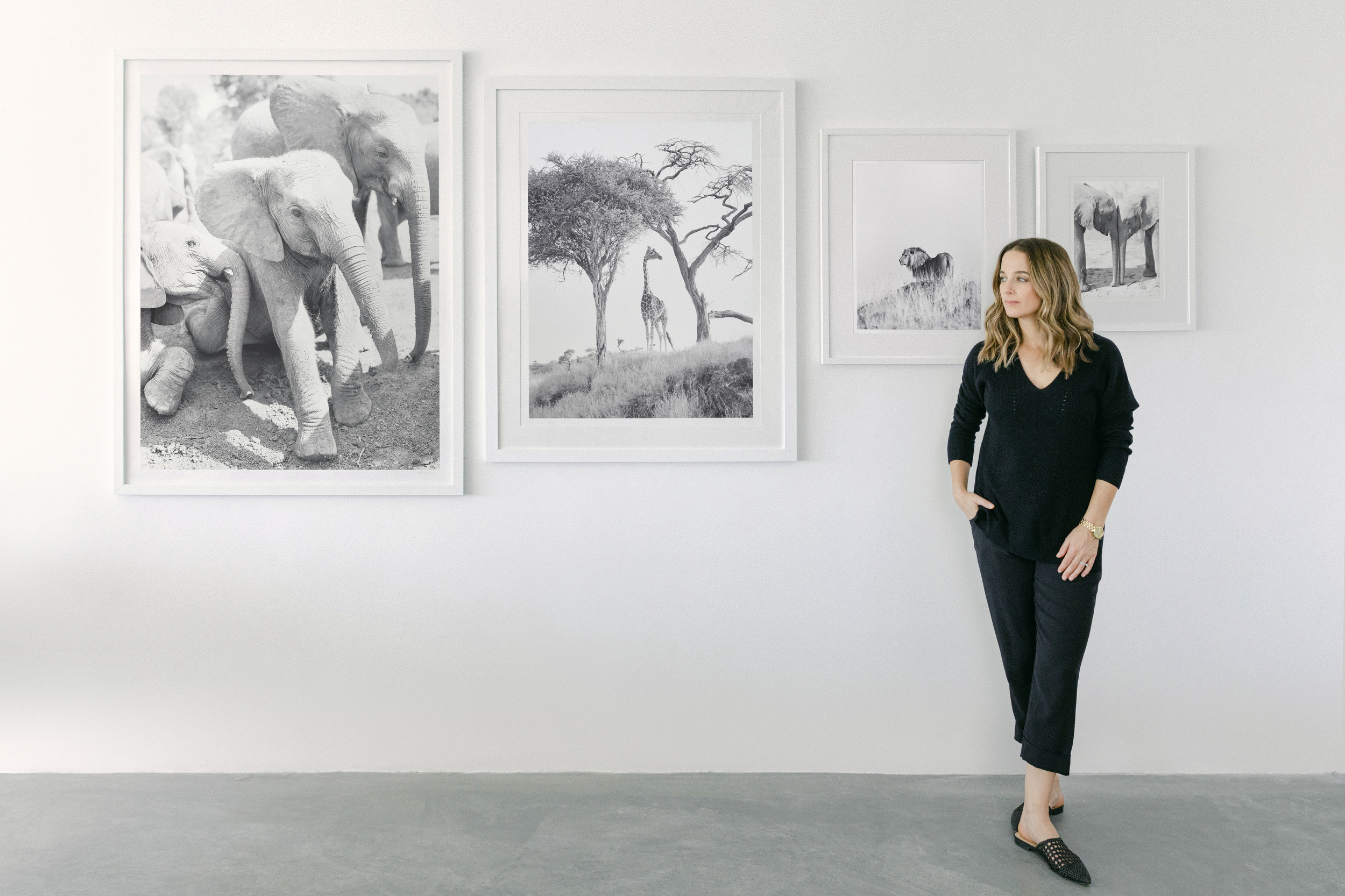 In the long-term, KT would love to partner with more organizations that have a variety of species, with Orangutans being one that she specifically mentioned are at the top of her list. Her other goal is to be able to donate six figures from her Render Loyalty Print shop, to be able to give this passion project more of her fulltime attention.

As a student of KT’s, I can attest to her drive and passion for bringing good into business no matter what stage of business you are in. She always tells us, “find a way to weave doing good into it.” No matter how small, how new a business is, how little you think you have, there is always enough to do some good for someone else. To be inspired by KT’s dedication to wildlife conservation would be an understatement. Find more information about Render Loyalty at renderloyalty.com where you can also purchase beautiful black and white prints. KT also photographs wild horses and donates money from those prints to a wild horse campaign through the KT Merry Print Shop (ktmerryprintshop.com).

KT Merry is an award-winning and internationally published photographer based in Florida. You can see more of her work at KT Merry Print Shop and Render Loyalty. 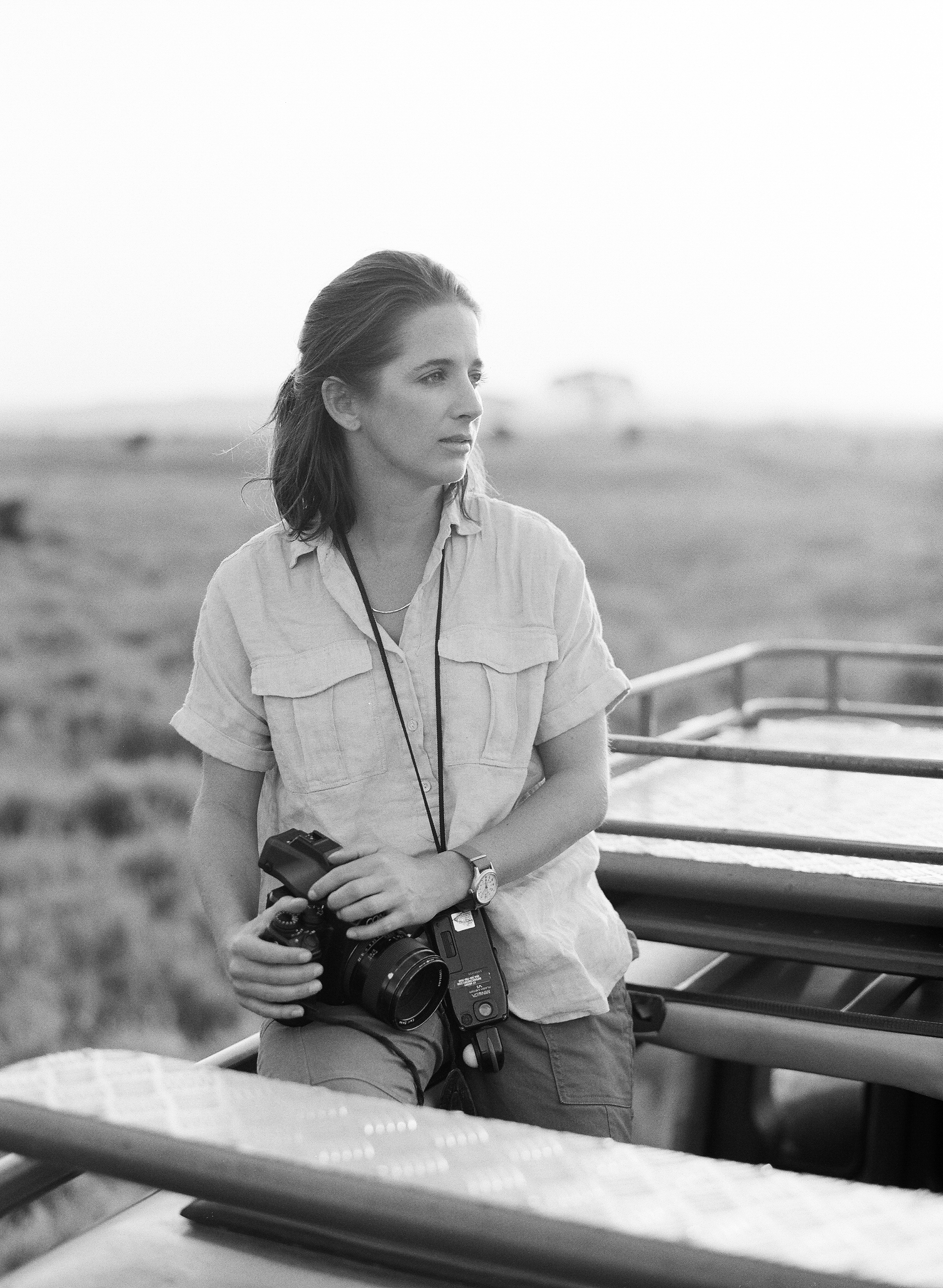